Belfast – Belfast, the capital city of Northern Ireland is the largest city. Belfast played a huge part in the industrial revolution and become one of the world’s largest linen producers, along with rope making and ship building. Belfast was home to the Harland and Wolff shipyard which built RMS Titanic. Titanic Belfast is an attraction centre which tells the story of the construction, launch and the maiden-voyage of the world-famous White Star Line ‘unsinkable ship’ from Southampton to New York in April 1912. 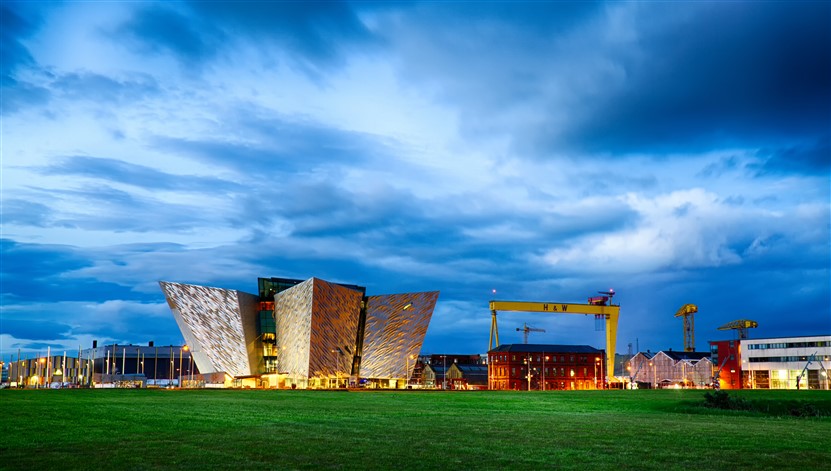 Giants Causeway – Northern Irelands most popular attraction is Giants Causeway, County Antrim around an hour’s drive North of Belfast. The landmark is infamous for its geography (stone columns), myths and legends. It is an UNESCO World Heritage Site, take care of by the National Trust  and is a wonderous marvel. Depending on what you believe the causeway was formed by the result of an ancient volcanic fissure eruption or Gaelic legend says that the causeway was built by a ‘giant’ called Finn McCool. 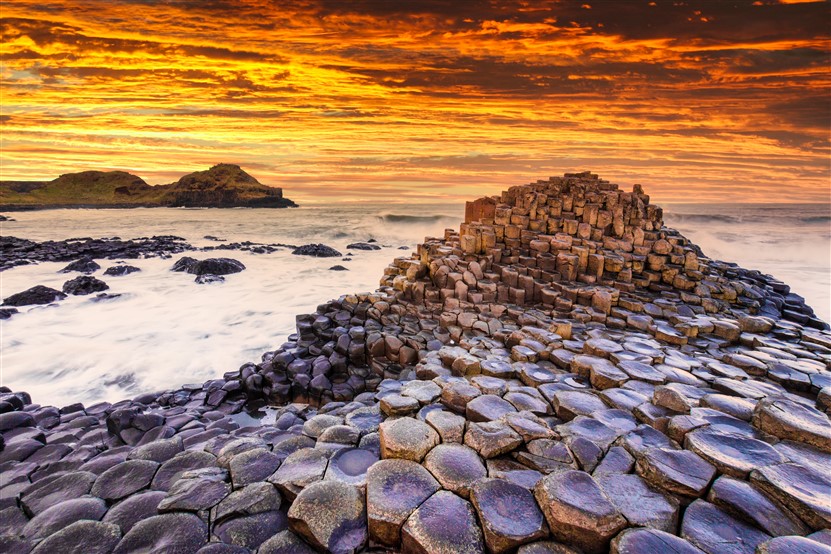 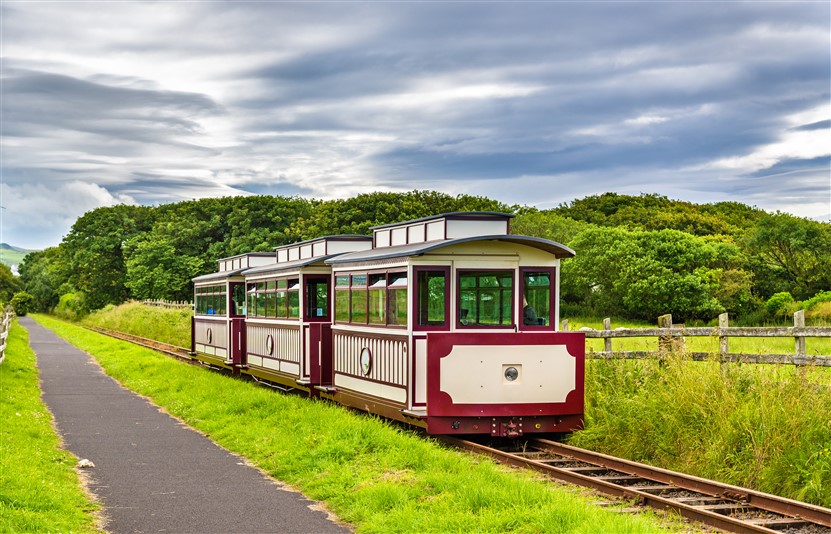 Londonderry – Derry (Londonderry) is Northern Irelands second largest city, sits upon the River Foyle. Derry has a historical background and still has intact city walls (over 400 years old) and is the finest example of a Walled city in Europe. Full of culture, Derry has lots of museums, crafts events and festivals. In recent years Derry has become more famous due to the Lisa McGee’s series ‘Derry Girls’. 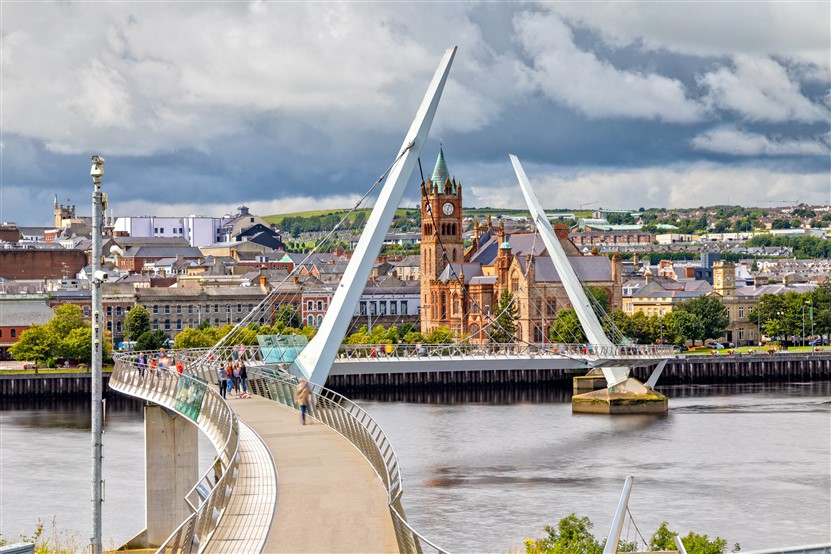 The Dark Hedges – Featured in the hit HBO series ‘Game of Thrones’ as the ‘Kings Road’ The Dark Hedges, in Ballymoney, are beech trees planted by the Stuart family in the 1700’s along the entrance to their Georgian Estate. The trees are one of Northern Irelands most photographed natural phenomenon. The Dark Hedges are part of the Causeway Coast & Glens Heritage Trust. 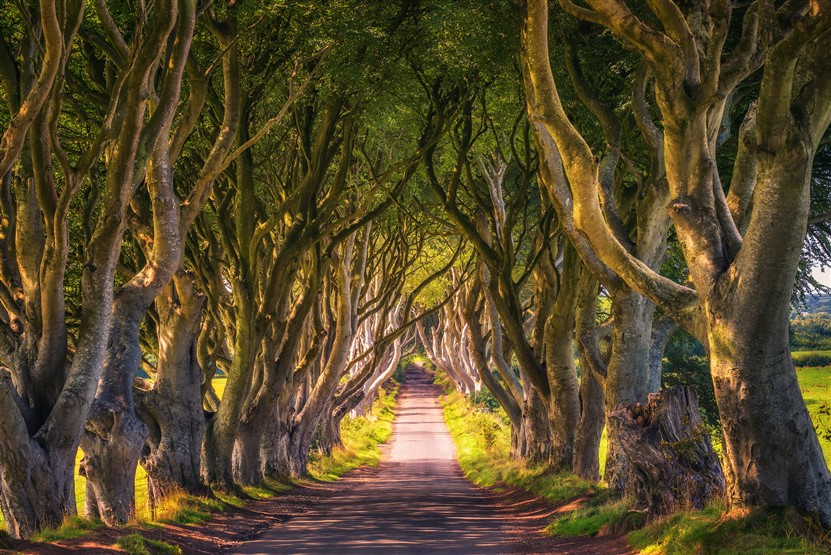 Bushmills Distillery –Ireland is well known for its whiskey production. Bushmills Distillery has been producing Irish Whiskey since 1608, when it was granted its original license by King James I. It’s the World’s oldest licensed whiskey distillery and offers tours and tastings of its award-winning produce. 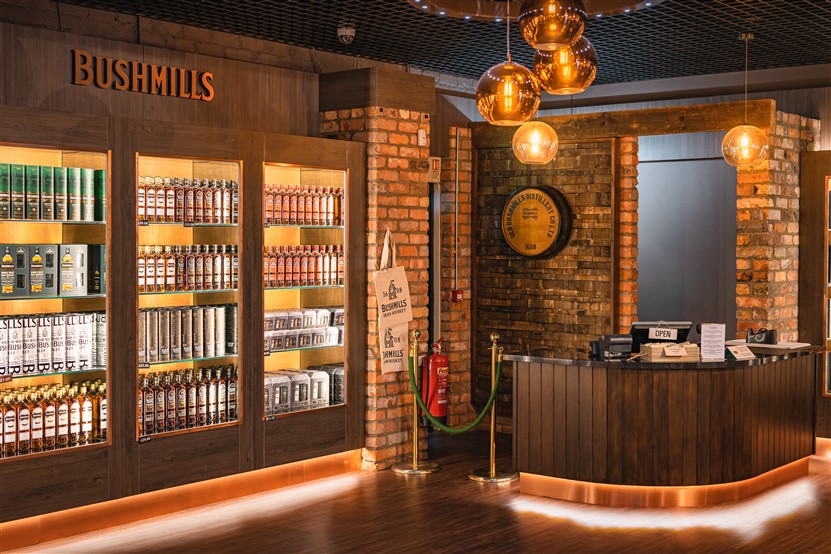