The Netherlands, also known as Holland, is a country in Western Europe, with a small number of islands on West Indian Island territories in the Caribbean. The capital city of the Netherlands is Amsterdam. The population of the country is around 17.5 million. Amsterdam has connections with the UK and France via the Eurostar, London to Amsterdam takes just under 4 hours. The Netherlands is well known for its flowers, history, windmills and artists including Rembrandt, Van Gough and Vermeer. 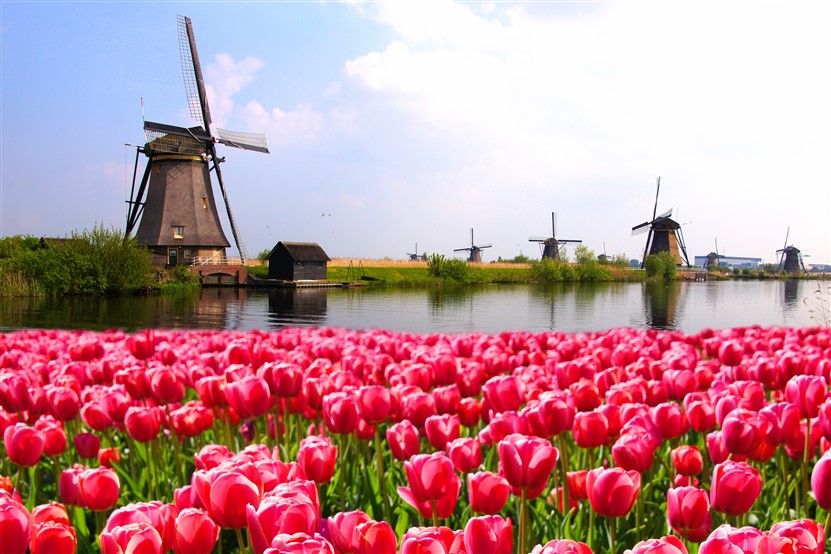 Amsterdam – Amsterdam is a popular tourist spot and has lots of history, arts and culture, cycling is the most popular form of transport around the city with many bike paths. Just a handful of Amsterdams most popular attractions are: Van Gough Museum, Rembrandt House, Anne Frank house and the Rijksmuseum, which displays 800 years of Dutch History, fine art and some of the works of the most famous artists. Amsterdams' canals are also a symbol of its culture, the canals (17th century) are an UNESCO World Heritage Site. 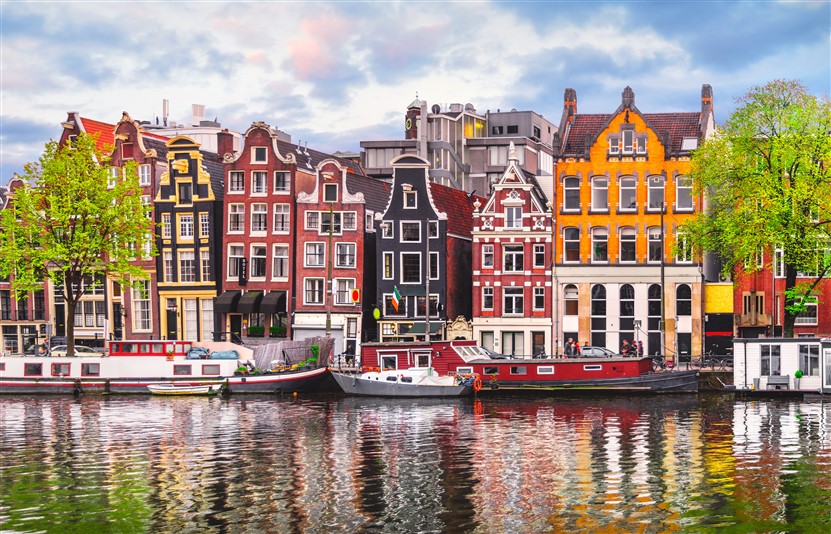 The Hague – The Hague is on the west coast of the Netherlands, on the North Sea, it’s the royal and governmental capital, its has a coastline in 11km and a wide sandy beaches.

Alkmaar – Situated 80km from Rotterdam, Alkmaar is known as the Netherlands ‘City of Cheese’. Each week there is a world-famous Cheese Market held here, as it has for over 400 years. 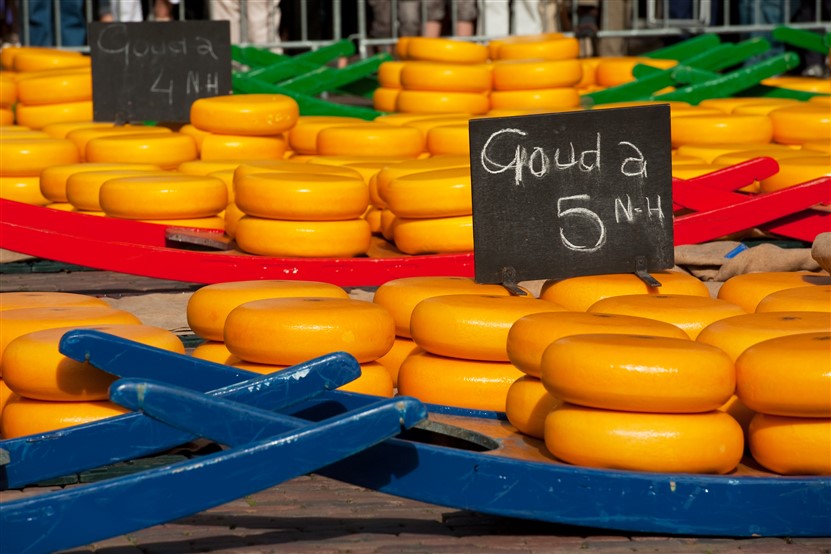 Delft – Delft is known as the prettiest town in the Netherlands and is known globally for its Delft blue pottery. Delft was also the birthplace of Vermeer in 1632, who’s most famous artwork is the ‘ Girl with a Pearl earring’. 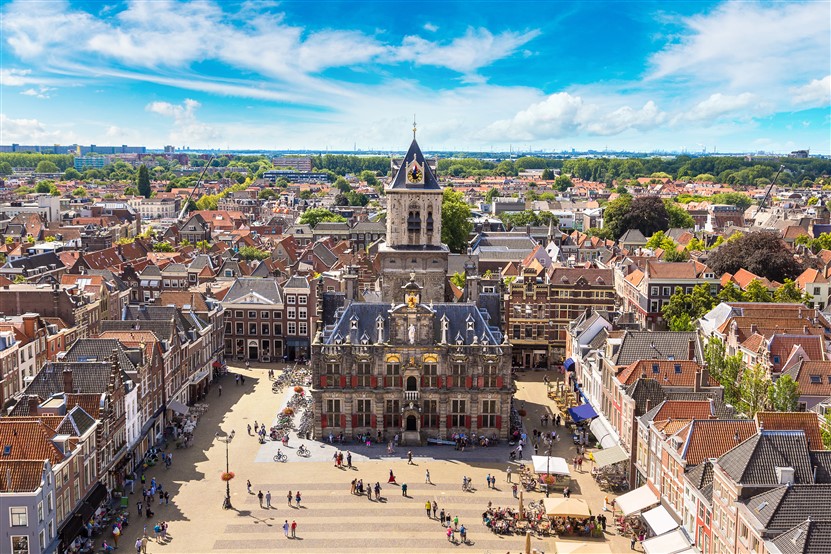 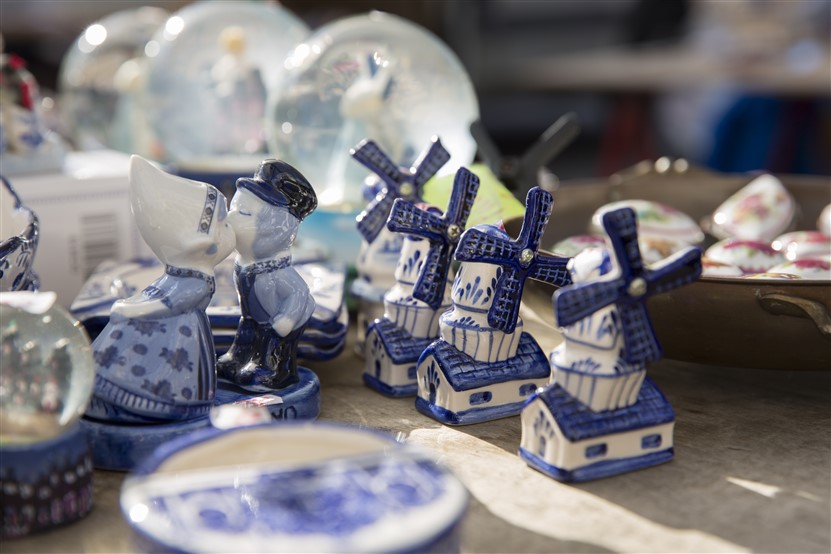 Hoorn – Hoorn is a town in the east of Holland, the Stoomtram is a heritage railway line, that runs between Hoorn or Medemblik (20km). The ‘museum steam tram Hoorn-Medemblik' is a popular tourist attraction and takes you back in time on a nostalgic historical steam journey. 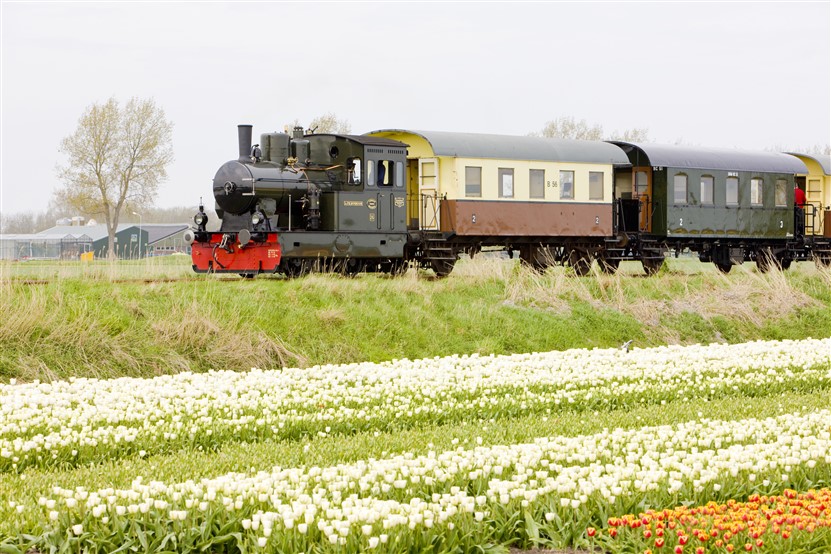 Keukenhof – Situated near Lisse, Keukenhof Gardens is the ‘garden of Europe’ and is one of the worlds largest flower gardens. The gardens are found at the Keukenhof Castle, which was built in 1641. Keukenhof is particularly busy during the spring, because of the blooming colorful tulips, but the park is open for visitors all year round. 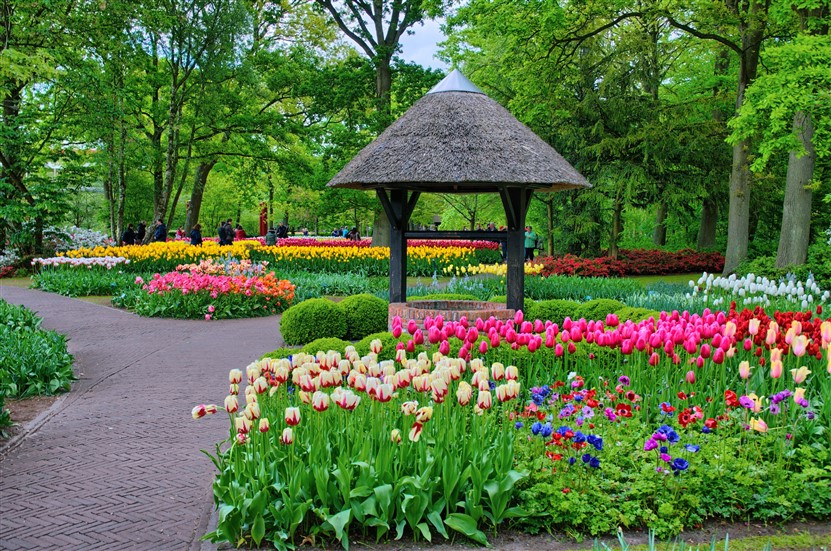