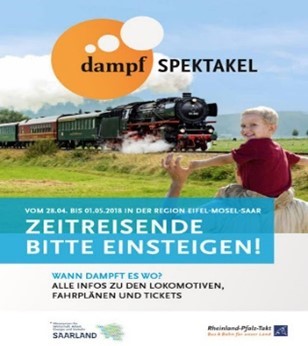 Dave and I departed Stoke-on-Trent rail station and headed towards London Euston Station for our meeting with the other 5 Tour Managers waiting at the Tavistock Hotel where we all went through the Itinerary of the next week and how we were going to move 145 Steam Enthusiasts between 1 location and another without losing anyone.

We split out Dampfspektakel clients over two Eurostar trains as we thought it would be easier to control. We were on the 10:58 and the 12:58 to Brussels Midi then with a change for Cologne Station ( Köln Hauptbahnhof) We then split our clients into three different hotels in Cologne. We had a traditional dinner at a German Brauhaus (Brauhaus Reissdorf). Downed a few steins and returned to our respected hotels ready for our transfer to Trier on the mainline with 78 467 and V200. 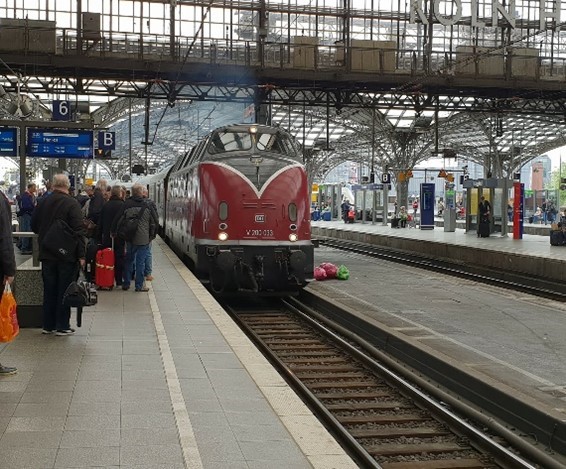 waiting to climb onboard the heritage carriages. 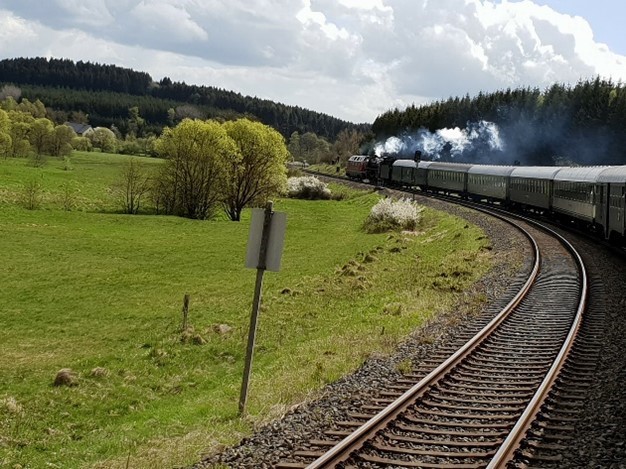 The V200-033 and one steam loco pulling the our heritage carriages and a steam loco behind.

We arrived in Trier and were all split off and directed to our hotels and had dinner out in Trier.

Today we were split up into groups where we visited Hermeskeil Railway Museum a graveyard steam locomotives. We were blessed with the weather so had a thorough look around this fascinating museum. 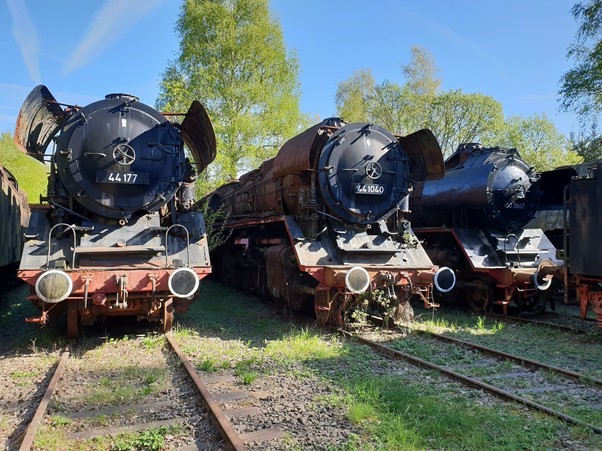 We also had a private steam charter at the Losheim Railway and Museum, a fantastic museum in the province of Saarland which provided Railtrail with a great image of everyone taking their photo opportunities. 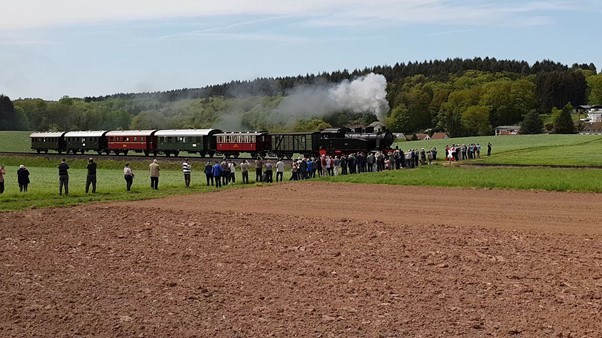 A line of photographers and video enthusiasts on the Railtrail tour, ready for that perfect shot.

A 4 day Dampfspektakel event. We gave our customers the chance to use their freedom pass at will or travel with a Tour Manager on set Itineraries.

The event was scheduled to radiate around 7 main routes from Trier Station, including the lines to Saarbrücken, Luxembourg, Koblenz, and Gerolstein. Amongst the journeys and special attractions we looked at are A day of steam on the metre gauge Brohltalbahn. This 17 kms line known as the Vulkan Express follows a tortuous route across viaducts, steep gradients and tunnels between Engeln and Brohl. 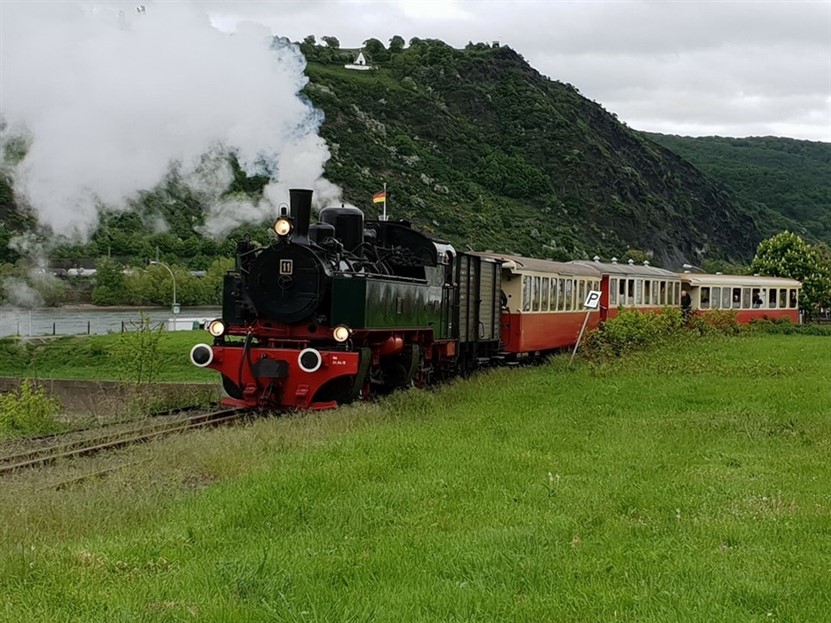 The Vulkan Express - Railtrail hired the steam loco to steam across the river where it normally doesn't go! 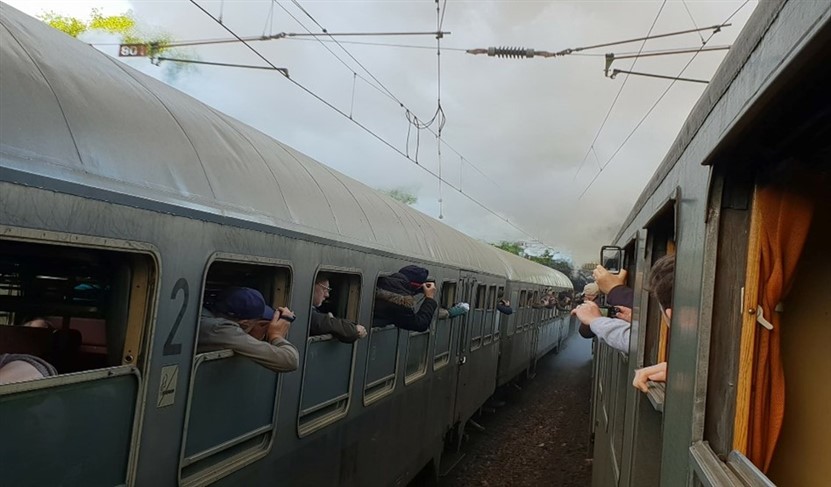 We also did an exhilarating parallel run on a pair of Pacific’s to Saarbrucken. 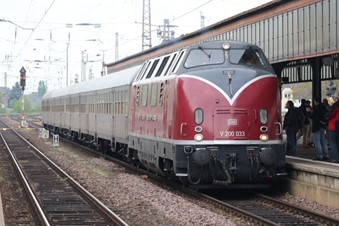 A V200 033 approached platform 12 at Trier Hauptbahnhof. It was a scramble for everyone to get on but Dave and I managed to get on later on in the tour. 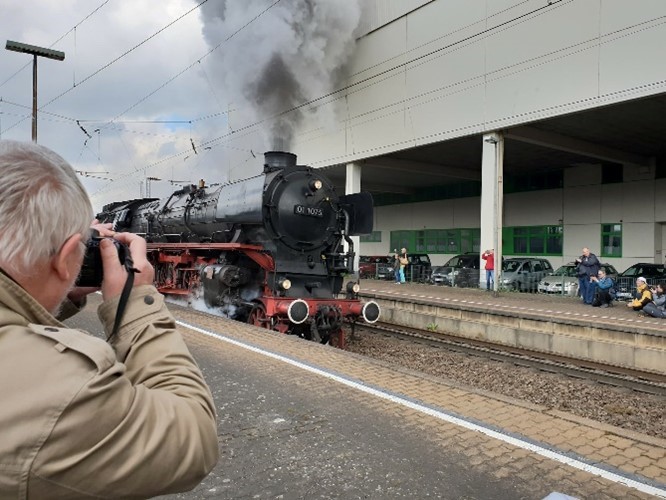 Everyone was fingers at the ready when locos were coming through the stations. 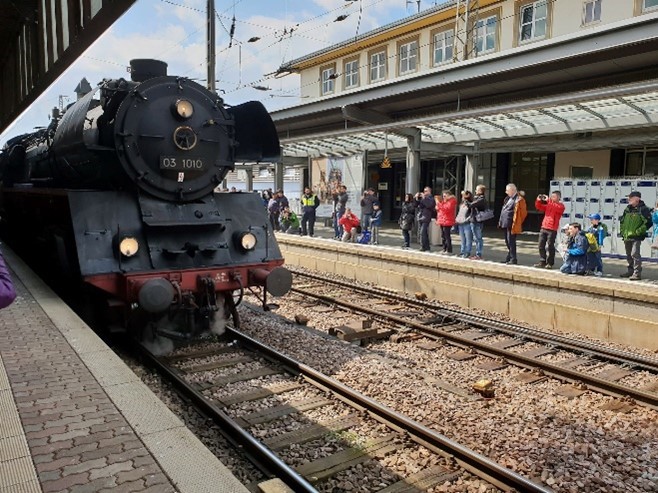 Dave and I then Flew home by the now collapsed Fly-be. We departed from Luxembourg Airport and arrived at Manchester Airport.

The main group travelled back the next day via train and Eurostar.

A great tour was had by all!